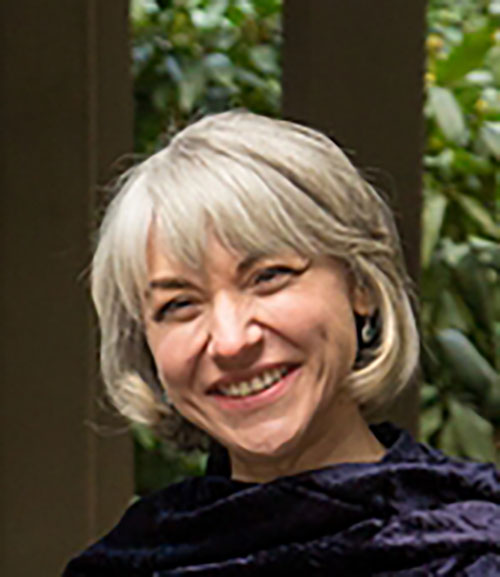 Laura's formal Buddhist practice began when she moved to Japan immediately following her graduation from Yale with a degree in architecture. She spent several years there practicing in both Soto and Rinzai monasteries. Following her return to the US in 1993, she established her connection with Cloud Mountain as a residential volunteer.

She has been in almost continuous service at Cloud Mountain since that time and has worked in every position at the center. Since 2013 she has served as Executive Director. Laura is also a co-founder of Friends of Cloud Mountain, the administrative non-profit that runs Cloud Mountain, and has served as its Treasurer/Secretary from its inception in 1997.

Laura has practiced in the Zen, Tibetan and Theravadin traditions. Over the years she has also found skillful means in deepening her understanding and waking up through participation in the Diamond Heart school, Enlightenment Intensives and Enneagram studies.

Laura sees her work at Cloud Mountain as an honor and a privilege. She views Dharma service as a path of incalculable blessings and benefit for all beings.