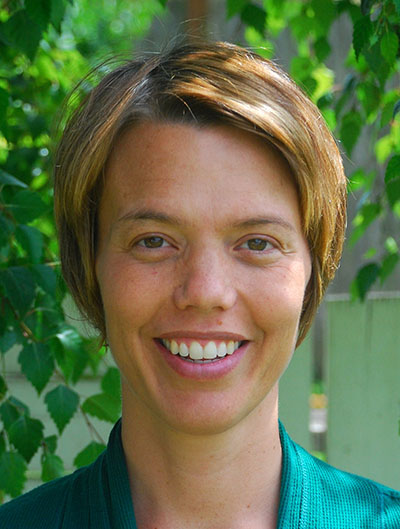 KERI PEDERSON began meditating in 1998, motivated by a deepening yoga practice as well as a strong desire to understand suffering. She began attending retreats in the tradition of S.N. Goenka, and has since practiced with a variety of lay and monastic teachers in the US, Thailand, and India. Rodney Smith invited her to teach in 2007, and she began offering classes, groups, and individual mentorship through Seattle Insight Meditation Society. She has also completed the four-year Teacher Training program through Spirit Rock and IMS.

Keri's teaching centers around the understanding that awakening is a natural process that is accessible to each of us. Although the path of practice requires our ongoing heartfelt commitment, we need not strive and strain to become something other than we already are. Inspired most deeply by the nuns, monks, and teachers in the Ajahn Chah lineage of the Thai Forest tradition, Keri invites students to return again and again to the simplicity of things as they are, to stillness, and to one's direct experience. Rather than approaching practice as a grim chore or project, Keri offers a gentle and creative approach to meditation---as something that one might even come to enjoy! She continually draws from the core teachings of early Buddhism, yet encourages students to find their own doorway and to begin to trust their inherent capacity for freedom here and now.

Humbled by the recognition that a great deal of our suffering arises in relationship to other people, Keri has for many years been a student, practitioner, and occasional facilitator of Insight Dialogue - an interpersonal meditation practice created by Gregory Kramer. She has also been deeply influenced by the psychospiritual inquiry work of Jennifer and John Welwood. This work has strengthened her commitment to awaken for the benefit of (and with the help of) all beings.

An experienced yoga practitioner of many years (including one teacher training), Keri continues to appreciate the way in which both resistance and release manifest in both body and mind. She regularly offers mindful movement practices to students both off and on retreat - as a complement, support and deepening of insight practice.

Another central part of Keri's Dhamma service over the past fifteen years has been her on-going work in eldercare, including work with those suffering from Alzheimers disease and dementia. She has had the honor of accompanying many people through the profound changes of identity and relationship that can occur as they approach death.

Her fiercest and most inspiring teacher continues to be her young son, Jasper.