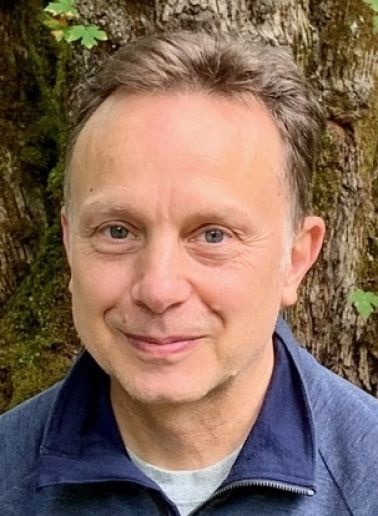 Mark Nunberg began his meditation practice in 1982 soon after graduating from Princeton University with a degree in Economics. In 1993 he co-founded Common Ground Meditation Center in Minneapolis with his wife Wynn Fricke and continues to serve as the center's Guiding Teacher. Mark has studied with both Asian and Western teachers and finds deep inspiration in the teachings of the Buddha recorded in the Pali Canon. He has practiced at monasteries in Thailand and in Burma where he ordained as a Bhikkhu for his five month retreat. More recently he has practiced with Sayadaw U Tejaniya during his visits to the U.S., and he also continues to find inspiration in the teachings of the Thai Forest Ajahns. In 2013, Mark and other leaders at Common Ground Meditation Center purchased and have begun the development of a new country retreat property on 46 acres of rolling fields and woods in Western Wisconsin. Mark has been leading residential Vipassana retreats since 2003 including at Insight Meditation Society in Barre, Massachusetts. Mark continues to be a grateful student of the Buddha's teachings.

To hear talks by this teacher, visit:
http://dharmaseed.org/teacher/543/