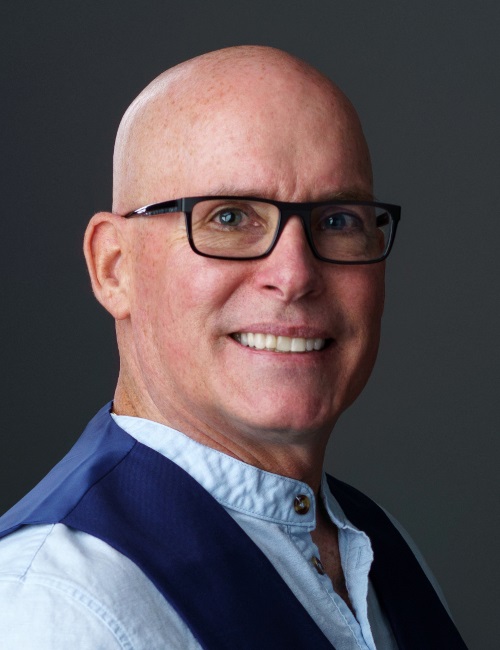 Stephen’s rich, resonant presence coupled with his warm-hearted engaging style supports students to develop and unfold their deepest nature. He methodically and clearly communicates the issues of spiritual practice and opening to awakened awareness. He is motivated to support students in turning toward awakened awareness, realizing their true identity as awakened awareness and cultivating and embodying their realizations.

Stephen began a daily meditation practice in 1976. He was active in the Zen Buddhist world for 20 years. During this time he attended numerous retreats and studied closely with a number of Western Zen masters practicing both “choiceless awareness” meditation (shikantaza) as well as “focused attention meditation” (koan study). He took refuge with several Zen Teachers, receiving the dharma name “Hoe Doetsu” (translated as “Peak Wisdom, Mutual Joy”). His interest in learning the Buddha’s personal meditation practices drew him to Theravadin Buddhism, specifically the concentration practices of mindfulness of breathing, true nature’s heart practices known as the Brahma-Viharas, as well as numerous practices to cultivate “no self”, impermanence, and using suffering/ unsatisfactoriness as portals to true nature.

In 2005, Stephen attended a two-month retreat held by the Burmese mediation master and renowned scholar Ven. Pa Auk Sayadaw. Stephen completed the entire detailed samatha path. He was told he was the first American man to complete this body of meditations, as taught personally by Ven. Pa Auk Sayadaw. The Sayadaw authorized Stephen to teach in 2007. In 2009 Stephen co-authored Practicing the Jhanas, published by Shambala Press, with Tina Rasmussen. His latest book, Buddha's Heart: Meditation Practice for Developing Well-Being, Love, and Empathy, was published in November 2020.

As Stephen’s integration of deeper realizations into worldly lay life progressed, he discovered Diamond Approach, a modern approach for lay people to cultivate an increasingly more mature personality as well as deepen and live from the many realizations available in our truest nature. Stephen is presently in the later stages of teacher training in the Diamond Approach. He has been interviewed by Non-Duality magazine as well as Conscious TV. Stephen now offers his teaching on retreats, in person, and online, as well as in personal one-on-one guidance for students worldwide.

In addition to leading meditation retreats and guiding students through their spiritual unfolding, he works as a Mediator helping those in civil litigation settle their lawsuits and claims without the need for protracted litigation.

Follow this link to hear Stephen's Being Well Podcast interview with Rick and Forrest Hanson: Mindful Practice in the Real World.

Follow this link to hear Stephen and Rick Hanson in dialogue about Nibbana, the Unconditioned, Awakening, Identity and more.