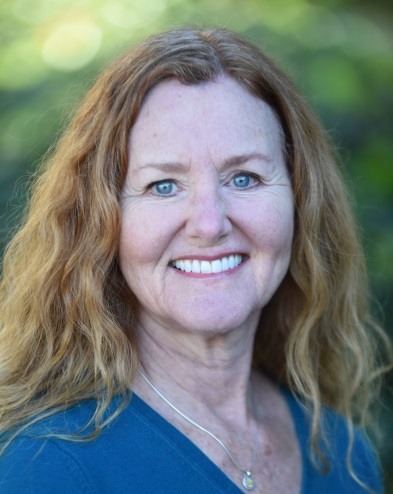 Tina’s warm style, bright clarity and supportive presence helps students recognize their deeper nature, both on the cushion and in daily life. She has a decades-long commitment to cultivating her own and others’ deep spiritual unfoldment while functioning in an embodied, worldly life.

Tina learned to meditate in 1976, at age 13. In 2003, after many years of practice in Buddhist and modern non-dual traditions, she was drawn to undertake an intensive year-long solo retreat during which a profound awakening to Reality occurred. In 2005, Tina attended a retreat with Burmese meditation master Ven. Pa Auk Sayadaw, who ordained her as a Buddhist nun. During the retreat, Tina became the first Western woman to complete the entire Samatha path in this lineage. Tina also took refuge with Tsoknyi Rinpoche, a Tibetan Dzogchen teacher, and was initiated into the Nyingma lineage.

As an offering of gratitude to the dharma, Tina, along with Stephen Snyder, wrote the book, Practicing the Jhanas, which was later published by Shambhala. In 2007 Tina became the first Western woman authorized by Ven. Pa Auk Sayadaw to teach.

After these life-changing experiences, at first Tina felt a strong pull to become a “cave yogi” and turn away from householder life to abide in the peace and bliss of Truth. However, over time, the possibility of functioning from realization while living in the dynamism of the modern world became a more compelling life’s path. Tina then began participating in the Diamond Approach, a contemporary wisdom path designed for householders, that integrates the psychological and the spiritual into one continuum for living “in the world but not of it.” She has also been studied by Yale Neuroscience Lab for research on the effects of meditation on consciousness and the brain, has been featured in “Awakening Women”, Non-duality Magazine, and Conscious TV.

Tina now leads retreats and offers spiritual mentoring to practitioners worldwide. Tina has also worked as an organizational development consultant and coach for more than 25 years. She completed her Ph.D. in 1995, and has authored several published books on humanistic business practices.

Follow this hotlink to view Tina's interviews and podcasts, and listen to audio dharma talks:
https://luminousmindsangha.com/videos/